Nowadays everybody is talking about Internet of Things (IoT) …. And how it will affect our everyday lives and business.

So let us first define IoT.

In lay man terms IoT is a proposed way in which everyday objects will be connected with each other seamlessly through the power of Internet and would be able to send and receive data with each other.

Internet of Things (IoT) will create a quantifiable new world where it would become a lot simpler for people to manage their assets in an informed way and thereby take informed decisions for their businesses. 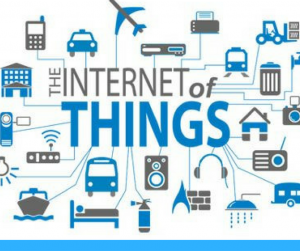 As mentioned earlier IoT would create seamless connectivity of everyday objects so as to make the flow of information and data much smoother and easier between them.

These objects which are talked about here can be classified into three broad categories: –

Wearables and smart home devices are for the end consumers and they include devices such as smart watches, fitness bands, door locks, thermostats, light switches, motion sensors etc.

Through Iot the end users would be able to monitor and relay information real time and thus take mindful decisions.

The discussion till here was the impact of Iot on the day to day life of individuals but let us even gather some insights on how the businesses will get affected by Internet of Things(Iot) because after all companies would also like to be watchful and smarter in their business decisions.

Iot is less about smart devices but more about sensors which are extensively used globally to capture data.

These tiny Sensors can be attached to any damn thing right form coffee vending machines to aircraft engines to capture real time data and send it across to data monitoring issues.

This real time data collected will allow the companies to have more specific, relevant feedback. The data thus collected can be stored and analysed as a part of analytics and thereby create an entire new set of inferences.

What can be measured can be improved…

Iot will bring in huge amount of data through detailed and real time monitoring of the business processes, both field operations and in-office activities.

The power of Data analytics is what now the businesses at large would be able to leverage which would eventually help in increasing their productivity and minimizing their costs.

Iot will enable businesses to think Bigger and think Smarter…

There is no doubt that Iot will produce humongous amount of data which would be required to be analysed upon. Iot is not just about connecting smart devices with each other and making the things smoother.

It is much more than seamless internet connectivity between the devices. Useful information extracted by analysing the collected data can teach people to plan their business strategies, compare situations, anticipate any kind of eventualities, and thereby take necessary steps.

Iot will affect the lives of people in ways more than one and this sole point will make Iot difficult to ignore both by individuals and businesses alike.

Ignoring Iot at this point in time is like inviting oneself to live in medieval times when there was no telephone, no internet and other modern technology without which today we cannot imagine to live our life.

A decade from now and the world will heavily bank on the continuous stream of data coming from wearables, smart devices etc, to take more informed, accurate and timely decisions.