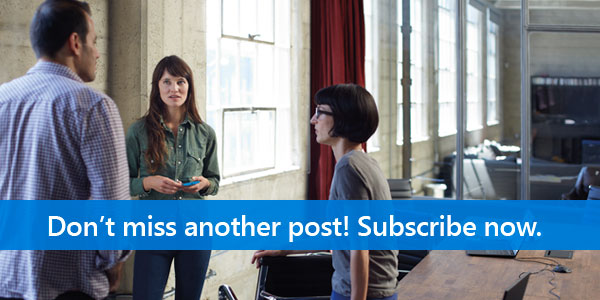 To learn more about Applications and Infrastructure, contact now!

I am sure IT professionals working with Microsoft Technologies would need no introduction to SharePoint. However, for the ease of our non-technical readers let us first introduce the concept of SharePoint.

SharePoint is a Microsoft product which was first introduced in the year 2001 as a web based application with the primary functionality of document management and storage system. The most striking feature of Microsoft SharePoint is it’s highly configurable nature that can be molded to suit the diverse business requirements of organizations.

Since the year 2001 when Microsoft first introduced Share Point as a business application tool there have been a number of successive versions released by Microsoft the latest being Share Point 2016.

Traditionally Share Point has been bundled with Microsoft Office 365(however it could also be purchased as a standalone product), with the latest version Share Point 2016, Microsoft has made conscious effort to restrict the functionality to be more of a “Document Management tool” and has migrated other “Collaborative features”, “Enterprise Search”, “Social Media” to Office 365 offering through applications such as Office Graph, Delve, and Yammer.

Although Microsoft has made efforts in making Share Point a cloud-based offering, it is fully aware of the compliance and data privacy needs of the enterprises at large and hence has regularly worked on providing an “On Premises” version of Share Point as well.

Some of the most common uses of Share Point have been: –

So what’s new that Microsoft has introduced in it’s latest version of Share Point 2016?

Bitscape Infotech is a global IT solutions company which specializes in delivering business solutions based on Microsoft Technologies.

Bitscape has been a Microsoft GOLD partner since the year 2004 which is a testimony that we understand Microsoft technologies and it’s usability in business applications better than most in the industry.

Certainly, Microsoft Share Point 2016 is one of our core offerings and we have a dedicated team of extremely well skilled Share Point professionals who have successfully delivered Share Point solutions to our esteemed set of clients.

Bitscape has helped enterprises of small, medium and large scale in leveraging the power of Share Point technology and efficiently manage a host of their functionalities such as Document management, Web Content management, Records management, workforce management etc, and hence transform them into scalable enterprises.

Business expansion, regulations, manufacturing, promotion, discovering and sales all these areas along with your life science enterprise’s value chain, contains complex collaboration and content management.  With Bitscape’s SharePoint 2013 services ,your enterprise collaborate and communicate with your in-house and offshore team members and ties information so that workers can access and work on data simultaneously and exchange the information in safe and secure environment using SharePoint workflows as it is strong and customizable.

As an enterprise owner you always need paths to streamline these processes and make sure that the correct people can only get information. At the same time, your technology consultants feel confident that the suitable privacy and protection features are in place to meet regulatory requirement.

A collaboration platform is a kind of business software which includes broad social networking capabilities to processes the work. The objective of a collaboration software application is to promote innovation by incorporating knowledge management into business processes so users or employees can share information and resolve business troubles more proficiently.

If your enterprise is an international business and you have an employee working at on-shore and offshore sites and facing difficulties in corresponding and sharing data which needs to be moved back and forth your enterprise is looking for a platform or a channel which offers flawless communication presentation and information then users can work simultaneously on data on same platform which facilitates,

Vendors are considering different approaches to build collaboration platforms. Some enterprises adding up a “social layer” to legacy business applications where as others are inserting collaboration tools into new products. All enterprise would like to have successful collaboration platforms share certain attributes so that they require to be easily accessible and easy to use, it is necessary for them to build a set of functions which support team collaboration, issue tracking and messaging.

At Bitscape, being an IT consulting company our consultants with excellent technology knowledge helped many businesses in their business happenings to create a responsive platform which facilitates value for technology investment and eventually productivity.

Bitscape’s SharePoint server 2013 has some unique features which facilitates your enterprise social computing and collaboration easier. There are some features of social computing such as social networking tools like my sites, social content technologies such as blogs etc. which are creating a wonderful focus on SharePoint collaboration. With all these features users can easily capture and share the knowledge and a skill which is needed to complete their work. These are the most valuable sharing of information which promotes collaboration, progresses innovation and targets relevant content to the public who have to perceive it.

The features of social computing and collaboration in SharePoint server 2013 are manufactured upon a record of properties that integrates information about people from many kinds of business application and directory services.

SharePoint 2013 contains innovative collaboration features like Community Sites and microblogging, which allow workers to interact with one another based on shared interest instead of just as they  work in the same department or on the same project. SharePoint carries the sites, document and other information which users concern about and assists them share what they know easily.

When employees start using microblogging, news feeds, tagging features and some other features it creates their participation in the conversation better and more meaningful. New work related ideas can be simply and liberally exchanged, discussion can be formed for the tasks based on shared information.

The features of collaboration SharePoint on community sites, My sites and team sites in SharePoint 2013 make it easy for users to find and connect with the people and content that matter to make their work better and to share information and ideas.

SharePoint 2013 has a big ambition to create advance product both on social platform as well as a content management environment.

The latest version of SharePoint 2013 is the result to current IT trends. Microsoft is most early adopter than an innovator in this context. Cloud services and the usage of mobile end devices are already common practice. Microsoft brings such trends with SharePoint 2013, focusing on four key investment areas:

With Microsoft Bitscape is bringing systematic basic SharePoint functions, so that the from the users perspective SharePoint 2013 is more evolutionary.